When I was deploying Kourty on a VPS by following my previous article, I had three projects I needed to clone on the server. I wanted to use Deploy Keys on GitHub. Deploy Keys are pretty much read-only keys for your repositories. They can be found by going to your GitHub repository -> Settings -> Deploy Keys: 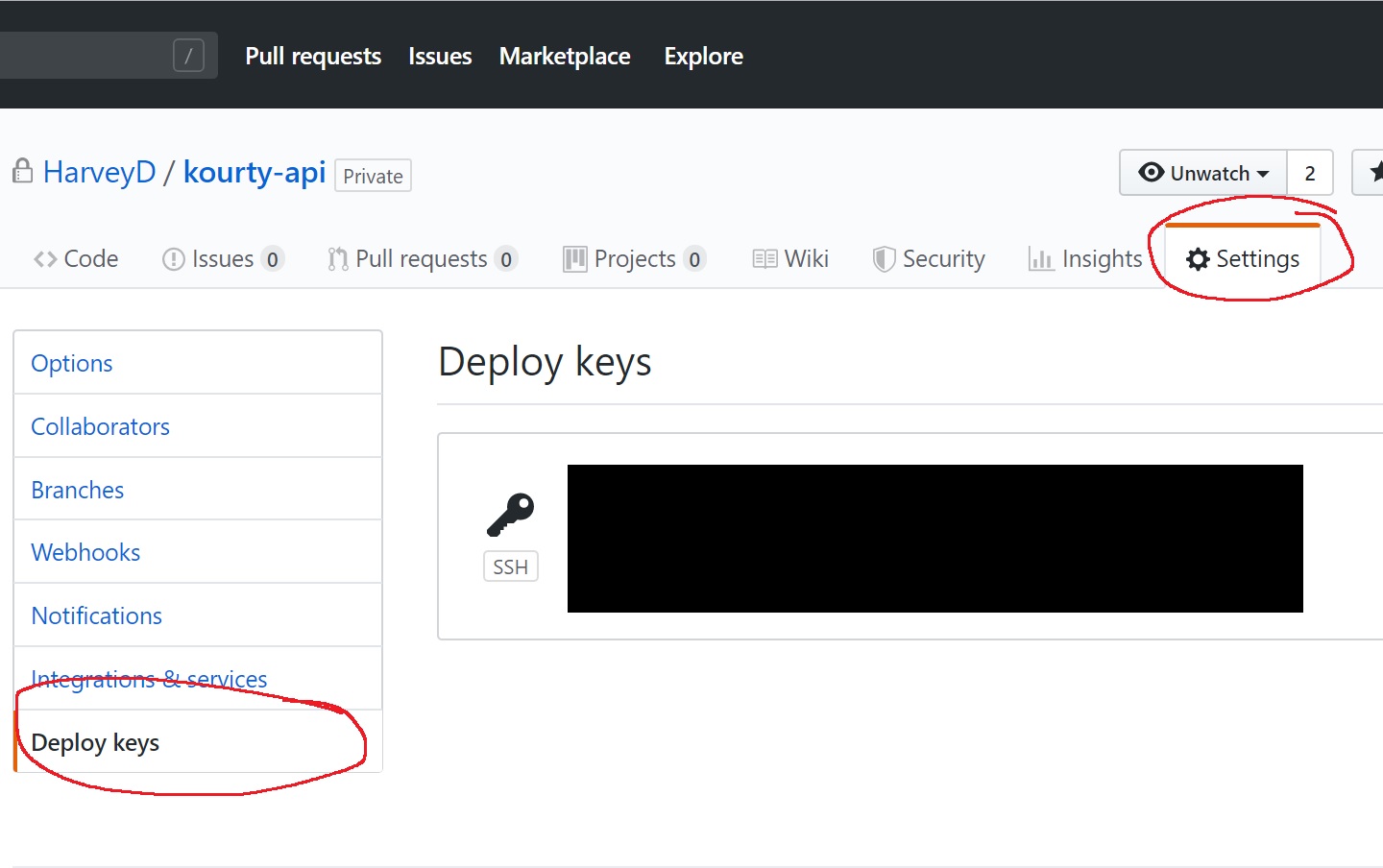 I find them to be best practice for getting your code on your prod server as these only allow for servers to clone the code and not write to the repositories.

While setting up these deploy keys for Kourty, I discovered that you can only use one SSH key as a deploy key. You run into this error if you use the key more than once: 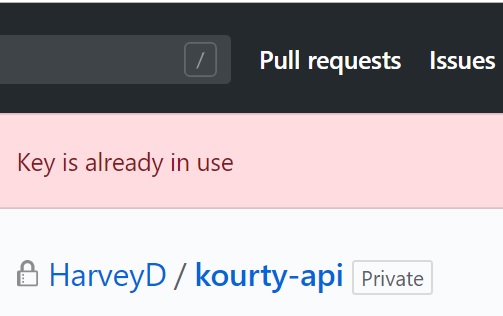 This means I had to create three SSH keys for the three repositories. I did that by running ssh-keygen on my server three times. Each time creating a new pair of RSA public/private keys in the /root/.ssh directory on my server. It looked like:

For each repository I needed to clone onto my server, I then added the .pub keys into the previously mentioned Deploy Key settings in repositories on GitHub.

This was all good until I ran into a problem with specifing which SSH key to use when cloning the repositories. Without configuration, SSH will always default to the id_rsa key in ~/.ssh. I wanted a dynamic way for the ssh keys I created to be used.

The first solution I found on StackOverflow to run Git commands with a GIT_SSH_COMMAND like:
GIT_SSH_COMMAND="ssh -i ~/.ssh/key-one" git pull

This worked and I created a script that ran these Git commands, but I wanted a more elegant solution - one where I could just run Git commands as normal.

The second and my favourite solution was to create a ssh_config file within SSH. I created it by running touch ~/.ssh/config then placing in the following:

With this new config, the remote URLs used for repositories had to be changed. Instead of:

Making sure that repository-one mapped to what was in the ssh_config file in the Host section.

With this new config and correct remote URLs, I could now run all git commands for all the repositories with their very own SSH key!

If you were using Git Submodules like I was, you'd update your .gitmodules file from: