At RateSetter we have a number of front-end projects that are worked on by different project teams. Each of these projects are designed by our internal designer and had a lot common with them (same inputs, buttons designs etc). Up until now, we had no shared style-sheet or components, so each of these components were created from scratch or copy pasted over each time. I saw a real need for a RateSetter component library. This component library would enable teams to pull down an NPM package, import components, provide some props and have their RateSetter styled component ready to use.

I strongly believed the component would help speed up front-end development by removing the need to write/copy paste components over to new projects and also great for me to learn how to create, managed and get people using a component library used in production throughout multiple engineering teams and projects - so I created RateSetter's component library!

There were a number of requirements I had for the component library. Being:

Just give me the component library skeleton

Sometimes it's just easier to clone a repository as opposed to following along with the article creating everything from scratch, I get it. For your convenience I've created a repository which has all the configuration needed for creating your own component library:

Clone it then give it a star if it helps you out :). If you feel like it can be improved, please raise a pull request or a GitHub issue!

Our designer had created the designs for the RateSetter components with a specific style that none of these libraries could easily achieve without going into the internals of the components and altering them. So I decided it would be easier to create our own components.

I then had a look around at a number of React project skeletons I could use to bootstrap the component library. But I eventually decided to just create the Component Library from scratch. Here are the libraries I considered:

All of these libraries had excellent documentation, support and a number of features that made it easy to get different flavours of React projects up and running. But there was always an aspect that wasn't able to be configured easily to meet my requirements (since they abstracted config away). For example, I wanted to use Typescript, but NWB didn't have great support for it. I also wanted to use Sass, but I found it tricky to get Create React Library transforming and bundling the .scss files.

Due to all the above not 100% matching the requirements I had for the component library - I decided to create all the config from scratch!

My decision for a JavaScript module bundler to use was between Webpack and Rollup. I decided to use Rollup for the component library after researching what both Webpack and Rollup are good and bad at. This article goes into depth about these differences. The take-home is that:

Use webpack for apps, and Rollup for libraries

Other articles you can read about these differences are here and here.

I found out about Storybook in an interview I had with a web agency a few years ago. They explained they were using Storybook to help them create, display and experiment with their React components. After the interview, I did my own research and experimentation with Storybook and fell in love with the tool. Storybook felt like a perfect fit for the RateSetter component library.

Storybook provides a sand-boxed environment for your front-end project that helps you to develop your components. The sandbox environment encourages engineers to create components that aren't tied logic within your application (for example, heavily coupled with a Redux store). This results in components that are more generic and more re-usable.

Storybook also has the ability to be exported as a static webpage. This allows everyone in your organisation to see how components look/interact without having to clone and setup the repository locally - perfect for product managers and designers.

Since we're creating our  project from scratch, we need to setup the structure. So after setting up NPM (npm init), giving our package the name react-component-library and also setting up GIT (git init).

Since we're creating a React component library, we need to install React:

The react and react-dom dependencies should be configured as Peer Dependencies. Having React as a peer dependency will mean that once our library is installed, React won't be installed as a dependency for our project. Instead, NPM will output a warning saying React is required if it hasn't been installed alongside our library.

Now let's create the skeleton of our library by creating the following files and directories:

In test-component.tsx we will have a very simple component:

And in test-component.scss we will have:

index.tsx will be used as the entry point for Rollup. Within index.tsx we will need to import and also export TestComponent, this is so when we bundle and export the library - all the components will be too. It will look like:

Run npm i -D typescript and in tsconfig.json add:

Alternatively, you can run tsc --init to generate this file and provide your own config.

First, install Rollup in addition to some plugins required for our component library to be bundled correctly:

Create rollup.config.js and inside we'll put:

Lets quickly run through the settings in this file:

points to src/index.tsx. This index file will act an entry point for all our components which Rollup will then know to bundle.

is an array with two objects, each specifying output config. We will be outputting two bundles in different formats: CommonJS (CJS) and ES Modules (ESM). This is because we want to support tools that use CommonJS (Webpack, Node.js) and tools that can use ES Modules (Webpack 2+, Rollup). Read more about CJS, ESM and other output formats in Rollup's documentation.

We will be outputting all our bundles to the build directory. Add the main and module fields in package.json in addition to the files field to instruct NPM what files to include when the library is installed in another project:

is an array of 3rd party Rollup plugins. The plugins I've included are ones that are required to bundle the component library. A complete list of plugins can be found here. Let's go through all the plugins we're using:

Now we need to add a package.json script entry that will run our Rollup bundling process:

Now by running rollup -c you should see Rollup do it's thing and create a /build folder that will contain the compiled (CJS and ESM) component library, ready to be published to an NPM registry:

Note: you might want to create a .gitignore file and add node_modules and build to it.

The first step to add Storybook was to run the automatic setup command (documented here):

Since we are using TypeScript and Sass for our components, there's some additional config we have to add to get Storybook working nicely.

Navigate to the newly created .storybook directory and create a webpack.config.js file. In this file add:

Storybook uses Webpack and if we create this config file, Storybook will use it when running Webpack. We need to install some Webpack loaders to get the above config working:

Since we are placing our stories within the component's folders and not within the storybook directory, we'll need to change the config. Within .storybook/config.js, update the file to be:

Also delete the stories directory which was generated by the Storybook CLI as we already created the story file alongside the component itself.

This is a very basic story, showing the two variants of our component.

Maintaining a high level of test coverage on components is extremely important for the library. We need to have confidence that when we make changes to our components that we won't be breaking how the component is being expected to behave in another project. For testing our React components, we will be using Jest and Enzyme.

And add two new scripts in package.json to run the tests:

After running npm run test you should see Jest run and output:

Indicating we have set it up correctly!

With our first component created, we probably want to be able to import and use our components in other React projects. Fortunately, we don't have to publish the component library to an NPM registry before installing our library and trialling out our components.

This will install your local instance of the component library as a dependency to harvey-test-app!

Then in the harvey-test-app project we can import our TestComponent like:

The way we've structured our project allows for any number of components to be added. Simply copy the test-component folder, rename and then build out your new component!

Just remember to add the new component to index.tsx otherwise it won't be picked up and bundled by Rollup.

Setting up a Private NPM Registry, CI Pipeline and Consuming the Library

The next steps to get this component library was to setup a private NPM registry and pipeline which automatically publishes/maintains library versioning. I'll be covering this aspect in another blog post which you can read at: https://blog.harveydelaney.com/setting-up-a-private-npm-registry-publishing-ci-cd-pipeline/

As this component library will likely be contributed by other engineers on your team, you'll probably want to maintain a high level of code quality by using static code analysis. Follow along with: https://blog.harveydelaney.com/maintaining-code-formatting-and-quality-automatically/ to help achieve this.

Get the latest posts delivered right to your inbox 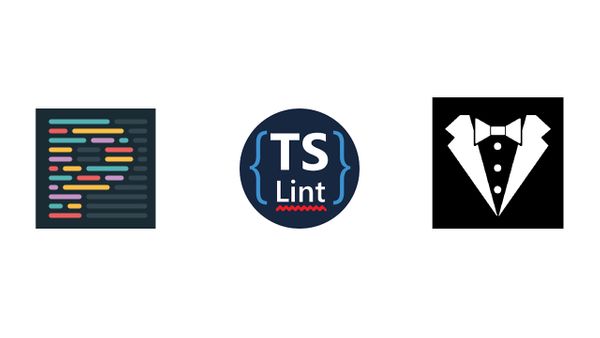 Learn how to quickly setup Prettier, TSLint and StyleLint to enforce consistent code formatting and high code quality on your front-end TypeScript projects.

Stay up to date! Get all the latest & greatest posts delivered straight to your inbox